The 15 Coolest Houses in Wisconsin! 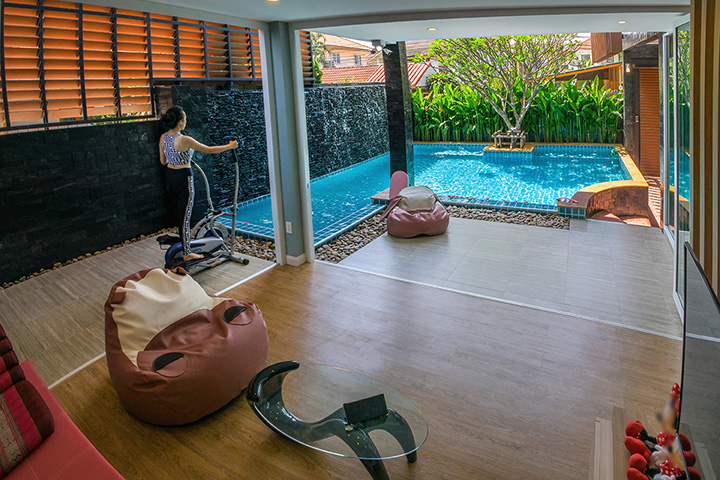 Wisconsin boasts deeply historical homes that are also architectural wonders. You will find houses built by the famous Wisconsin resident Frank Lloyd Wright and beloved family homes from across the state. Here are 15 of the coolest houses in the state!

The Knollwood Mansion was originally built in 1926 and was put on the market in 2014 for over $3.5 million. This French County styled home offers eight-bedroom, 15 bathrooms and a five-car garage. Overlooking Lac Le Belle, architect Thomas S. Van Alyea knew exactly where he was placing this beautiful estate in Oconomowoc.

Fairlawn Mansion was built in 1891 as the home for the Pattison family. Today the Fairlawn Mansion is open for public viewing, tours, and events. The home has gone through many owners and has served as different staples for the community of Superior, like being a home for the less fortunate in its earlier years.

Taliesin is the personification of famous architect, Frank Lloyd Wright and his works. Visit and study the mind of Wright along with viewing his Wisconsin home. The Visitor Center is the heart of Taliesin. Overlooking the Wisconsin River and a great learning experience for those looking for inspiration.

Chateau de Lac is among Wisconsin’s most expensive homes, busting the market in 2008 for $29 million. Not only is it the most expensive home but it is the largest home in Wisconsin with over 35,000 square-feet which includes a theater, indoor pool, spa, guest house, and seven bedrooms. There is a pier that jets out from the house on to scenic Lake Michigan.

Villa Louis is a Victorian inspired landmark also known as the Dousman Mansion.  Home to the Dousman’s in the 1840s the family built their empire in Prairie du Chien along the Mississippi River. It has been passed throughout their family, remodeled, expanded, and finally offered to the Wisconsin Historical Society.

Seth Peterson Cottage is a two-room cottage built by Frank Lloyd Wright for Seth Peterson in 1958—this would later become known as his last Wisconsin building, he died before the project was complete. The cottage is a cute getaway for guests after it was given improvements and underwent a remodel.

The Pabst Mansion is estimated to have costed $32.7million dollars when recalculated in 2011. The mansion is over 20,000 square-feet including 66 rooms and 10 bathrooms. After extended family sold the house in 1908 it was the center of the Roman Catholic Archdiocese for 60 years, then finally it was dubbed a National Register of Historic Places in 1979.

Shake Rag Alley is located in Mineral Point Wisconsin and home to the Cornish miners. So much history lies in the area. The story states that the miner’s wives would shake a rag outside their homes to call their husbands in for dinner every night. Check out their historic little homes and settlements in Shake Rag Alley.

Tour Watertown’s Octagon House for $9. Visitors are astounded by the charm and the craftsmanship of this interesting house. The house itself was built in 1854 solely out of brick. It has five floors and is one of the largest pre-Civil War era, single family homes.

Ten Chimneys was the home of late Broadway actors Alfred Lunt and Lynn Fontanne. Today it is open to the public as a resource for those in the arts.  Throughout the years, it has been carefully restored to keep its original beauty.

The cabin located in the Laura Ingalls Wilder’s hometown, Pepin, Wisconsin, is a reconstructed replica of the “Little House in the Big Woods.” There’s not much to see other than the small cabin itself but it is a cool feeling being able to pump water just like Laura had to!

The Hixon House was built in 1859 by lumber boss, Gideon Hixon featuring an authentic Victorian design. The majority of the house is houses nearly all of its originally furnishings. The house was added to the National Register of Historic places in 1974.

The Wade House was originally owned by the Wade family, after six years is was converted to a stagecoach hotel, restored a couple times, and finally turned over to the Wisconsin Historical Society in 1953. The site is home to another nine structure that are all on the National Register of Historical Places.